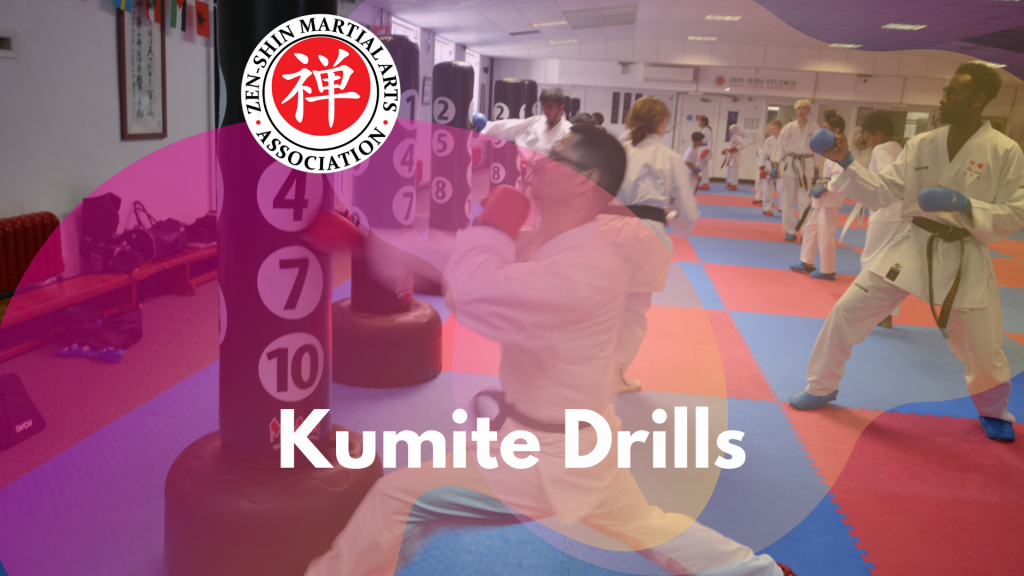 Last week Saturday 12th June we held our first Kumite workshop of 2021. We had a good turnout of Zen-Shin students eager to practice their scoring techniques.

In this workshop we practiced using drills designed to make our gyaku zuki more effective. This means not only are we trying to increase speed, accuracy and timing of our punch, but to also execute the techniques with the right form.

Olympic karate has its own set of rules that the WKF and EKF adhere to. It’s not enough to just hit your opponent with a well-placed technique, there is also a large emphasis on the hikite to pull back right to the hip, in an attempt to show the judges you’ve scored.

The drills we focused started with jumping over a small obstacle, upon landing you’d bounce into your scoring technique. The idea is to cut down on wasting reaction time to score a point.

We elaborated on this drill by using real opponents, on both sides. The attacker would move left to right, scoring gyaku zuki on the opponent, moving as swiftly and decisively as possible from one scoring technique to the other.

We finished the workshop with some sparring for the juniors. It has been over a year since we have sparred, so it was a great way for out juniors to get back into it.

We look forward to expanding on these drills in our next Kumite class on June 26th.