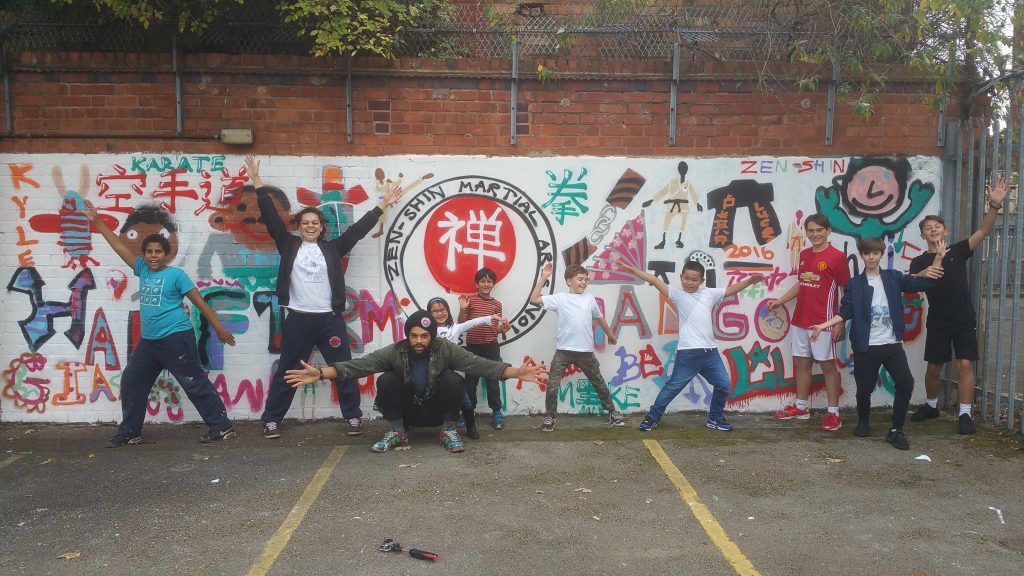 Zen-Shin held it’s first ‘Half Term Hangout’ this week at the Zen-Shin Studios. It was a program offered to students and the public for 2 days of fun and creativity. Take a look at the photos to see what we got up to. Click on the photos below to enlarge.

We have had some amazing feedback from the kids and their parents and have been asked to have another ‘half term hangout’ over the christmas half term!  So pencil Monday 19th and Tuesday 20th December into your diaries.

Here is some parental feedback: “I wish it was on the full week because my son absolutely loved it. Thanks again to Fi, Abian and Jumoke for giving him such a great time, money well spent. And thanks Kyoshi for allowing them to paint the wall it’s a testimony to how Zen-Shin is more than just a martial arts club, but has the emotional welfare of its children at heart”