On Sunday 11th July 2021 Zen-Shin held our grading for all our low grade students. There were four separate gradings on the day, starting with our ‘Little Ninjas’ and Junior White Belts in the morning.

Since opening up Zen-Shin after the National Lockdown, we have had many new young Karate Kids join our club. This was the first chance for them of them to be graded and get a new belt. It was great to see how our new students have progressed in the last few months. 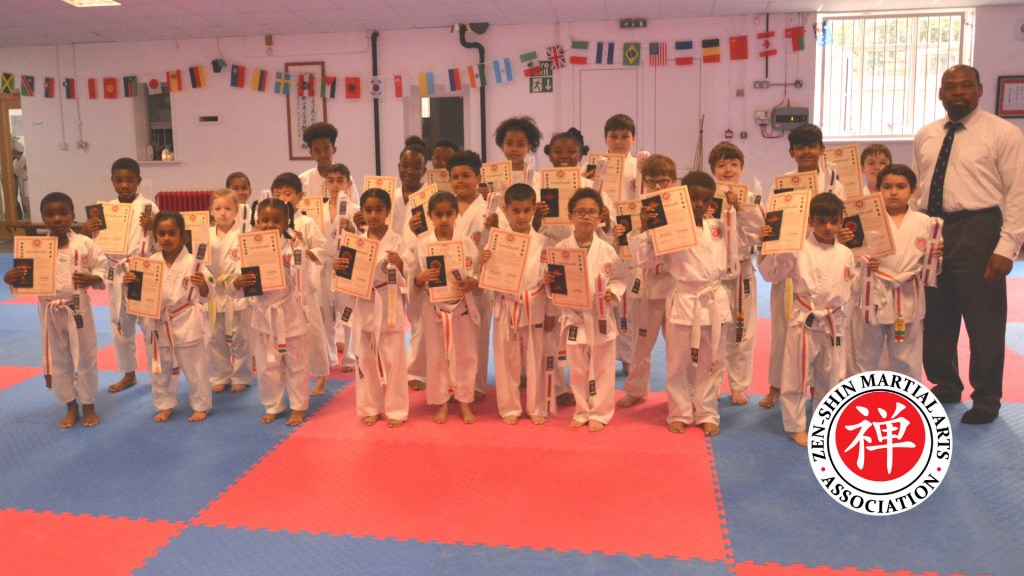 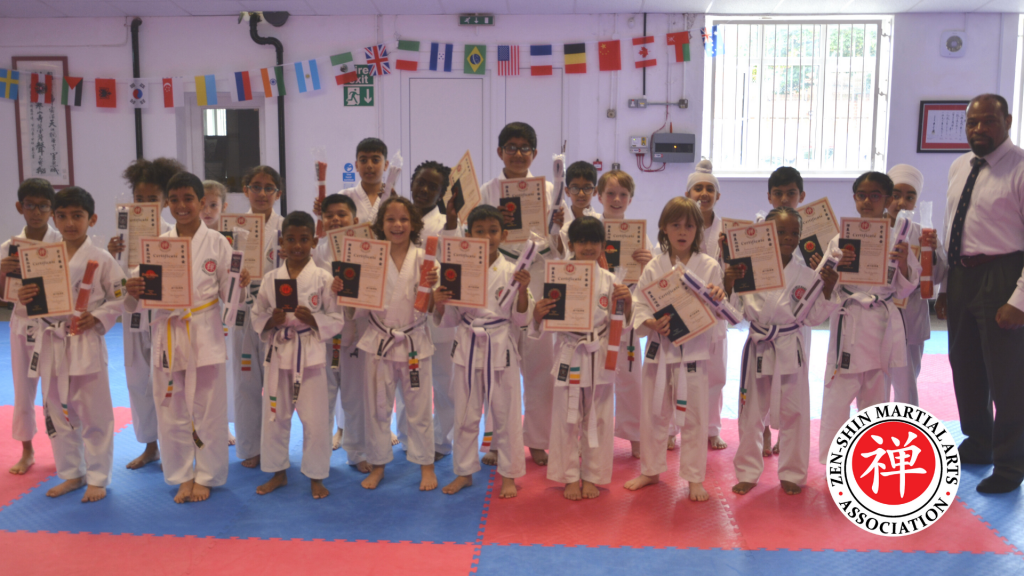 Our second grading had students from White & Green to White & Brown. These students have already graded before, so it was good to see their progressions since their last grading.

Although many students are able to overcome the nerves of grading, there are some that struggle. The grading process prepares us for similar situations, where we are being assessed. Those that have practiced have the confidence to be able to perform under pressure.

Our third grading is for Senior White Belts, and Orange and Red Belts of all ages. This was a big grading, and with the students’ experience, this group is always a good one to watch. There is a lot of energy in the room, and everybody is working themselves hard.

By Red Belt, the students would have been practicing three different types of kicks in class. At this stage it is important to see if they understand the difference between the kicks, and can demonstrate them whilst moving up and down the dojo. 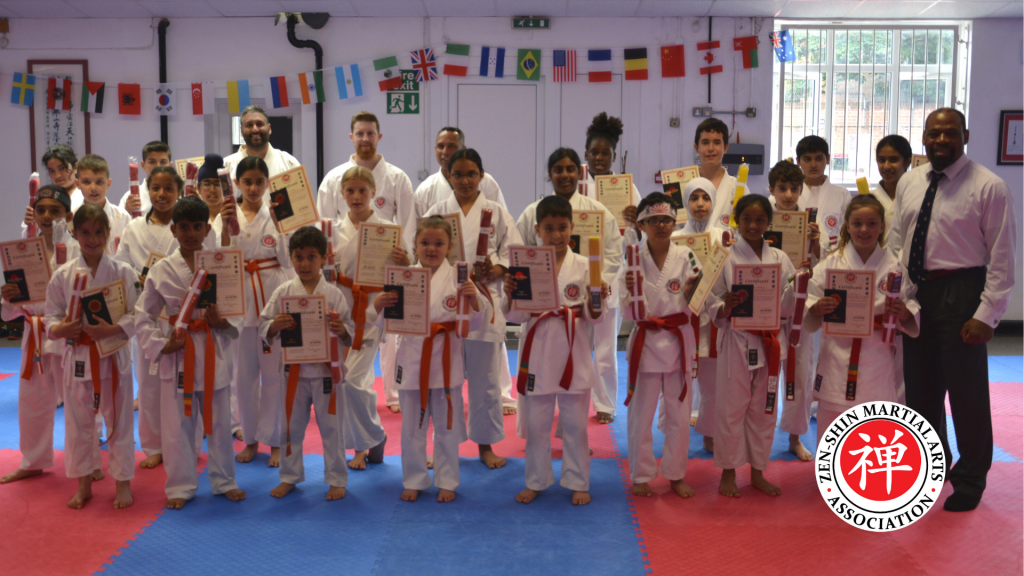 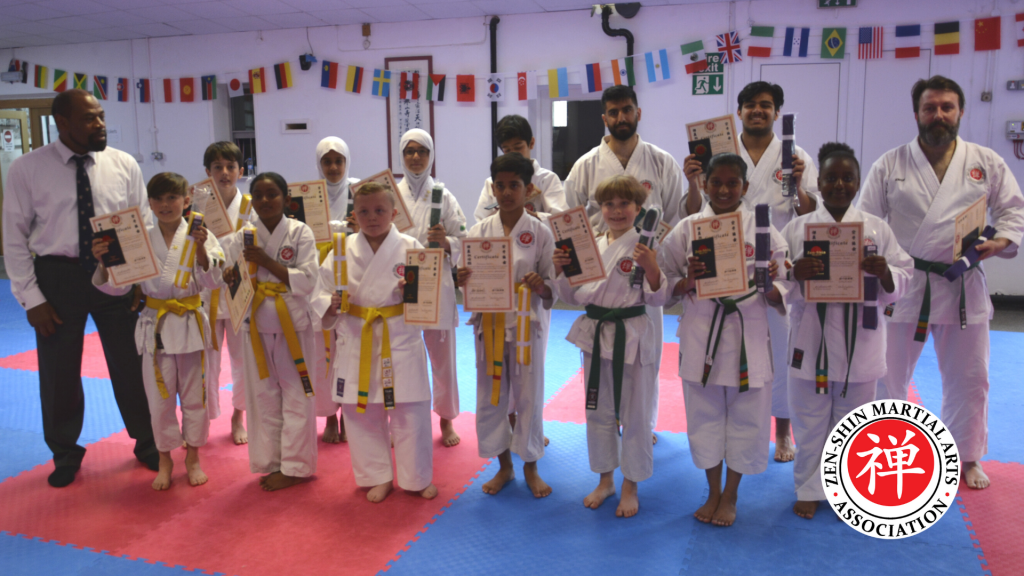 Our fourth and final grading had Yellow and Green Belts. This grading is the most advanced of the day, so we always finish with a BANG! The green belts our were taking their grading were oozing with confidence, and the Sensei could tell they were giving it their all.

Green Belt is the last of the intermediate belts at Zen-Shin, so those students that were promoted to Purple are now classed as ‘High Grades’. This is a big step up from what they were used to. Now they will be the lowest grade in a new class of Brown and Black Belts. The Sensei at Zen-Shin look forward to seeing the purple belts continue to improve in their new classes.

Well done to everyone that graded. Those that always work hard in class, and practice at home were rewarded with high marks. They give themselves no excuses, and because of that, they are able to excel when the pressure is on.

The next grading season starts from September 2021.

You can check out our Grading Gallery for Zen-Shin Members here.