On Sunday 10th September our small Zen-Shin Kickboxing and Muay Thai [KBMT] team headed to the 1st Reaction boxing gym for our first Inter-club Competition. Our team comprised of Lazaros (10 years old), it is his second inter-club this year. Our senior fighter Gurbax (53 years old) and finally Sensei Abian (25 years old). Although Abian has competed many karate bouts, he has never had a ring fight so this will also be a first for him.

All fights are with K1 rules. Competitors under 16 must not strike to the head. 3 rounds per match. Each round is 1 minute 30 seconds. No elbow/knee strikes to the head and no spinning back fist strikes. 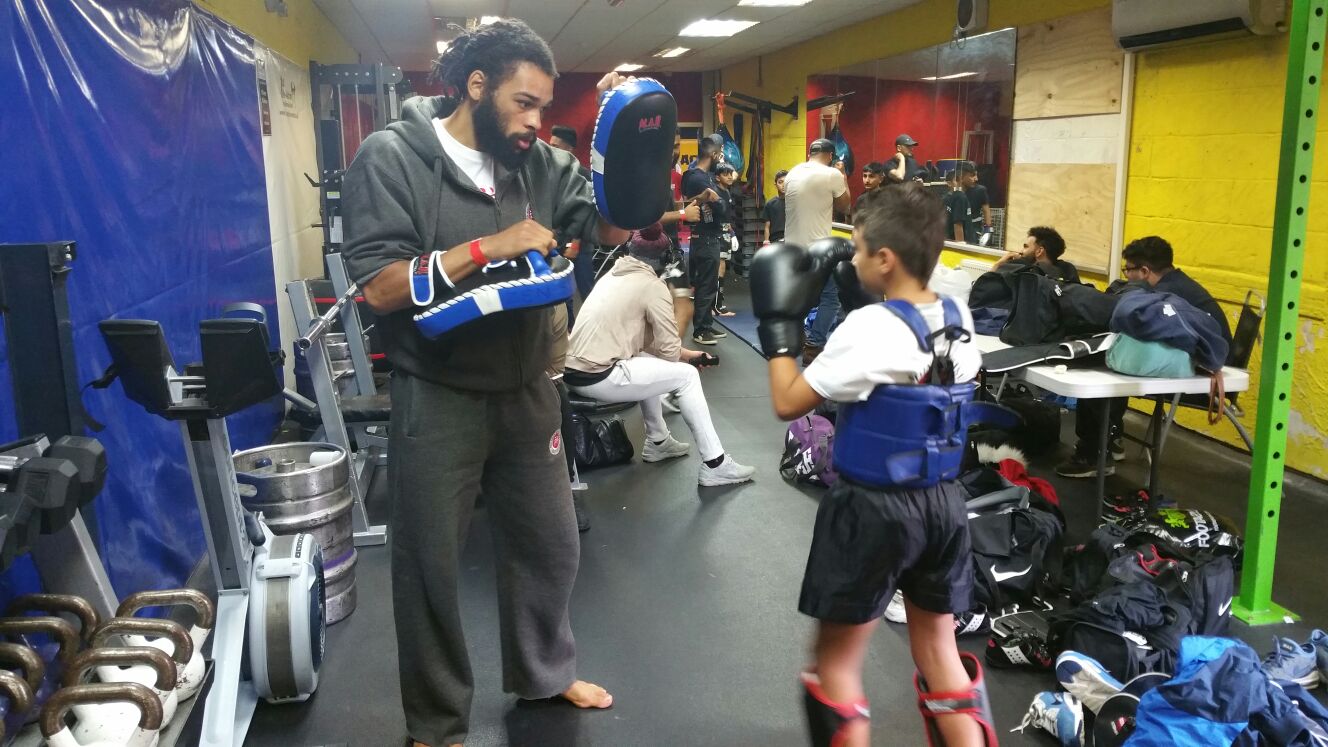 First up was Laz. Laz came into the ring confident and composed. Unfortunately after just the first few blows the match got called off because his opponent threw an illegal swinging blow to Laz’s head. The referee was hot on too much contact and wanted to see more technical controlled shots. Not to worry Laz.

Next up was Sensei Abian. After almost one round of fighting his opponent was warned then disqualified for careless swinging punches. [Video can be seen on our Facebook] Luckily another fight had been set up for Abian later on that day.

Gurbax’s turn. Gurbax was the oldest competitor of the day at 53 years old. His opponent was only 35. Gurbax joined the Zen-Shin family this time last year. Its his first time fighting but Gurbax went into the ring focused. His opponent and their team were very loud and confident but non of this intimidated our Gurbax.  Through great resilience and skill from Gurbax, he managed to be the only one to execute not one but two cracking take downs. Wiping the smile from his opponents face. The fight lasted the 3 rounds and was good to watch. It was a great first fight and we are very proud to have him on our team.

Finally Sensei Abian’s turn again. This time with a more experienced and technical opponent. Spirit was high and this was a great fight to watch.  This was one of the most technical fights of the day. Unfortunately on the third round Abian did a low strike and it caught his opponent on the knee, deeply bruising the top of his foot. Instantly the foot went dead and he could not continue. Up until that point Abian got some well executed strikes in and even a few clean and controlled round house kicks to the head. [Fight can be seen on our Facebook page]

Thank you to all those who came down and supported our fighters. Much appreciated. Also thanks to Mark Beckles for coaching on the day and thanks to our photographers for capturing the fights.

Well done to all competitors. We are very proud of you all here at Zen-Shin. Next time we can hopefully bring a bigger team to fight and support Zen-Shin KBMT.